Ginsburgh, Y: Rectifying the State of Israel - A Political P

Ginsburgh, Yitzchak: On the Way to a Jewish State

Rectifying the State of Israel - A Political Platform Based on Kabbalah Taking his lead from his subject, Gershom Scholem - the 20th-century thinker who cracked open Jewish theology and history with a radical reading of Kabbalah - Prochnik combines biography and memoir to counter our contemporary political crisis with an original and urgent reimagining of the future of Israel. In Stranger in a Strange Land, Prochnik revisits the life and work of Gershom Scholem, whose once prominent reputation as a Freud-like interpreter of the inner world of the cosmos has been in eclipse in the United States. He vividly conjures Scholem's upbringing in Berlin and compellingly brings to life Scholem's transformative friendship with Walter Benjamin, the critic and philosopher. In doing so he reveals how Scholem's frustration with the bourgeois ideology of Germany during the First World War led him to discover Judaism, Kabbalah, and finally Zionism as potent counterforces to Europe's suicidal nationalism. Prochnik's own years in the Holy Land in the 1990s brings him to question the stereotypical intellectual and theological constructs of Jerusalem and to rediscover the city as a physical place rife with the unruliness and fecundity of nature. Prochnik ultimately suggests that a new form of ecological pluralism must now inherit the historically energizing role once played by Kabbalah and Zionism in Jewish thought. 1. Language: English. Narrator: David Stifel. Audio sample: http://samples.audible.de/bk/adbl/028866/bk_adbl_028866_sample.mp3. Digital audiobook in aax.

On the Way to a Jewish State 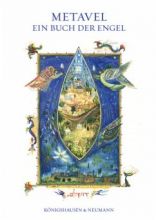 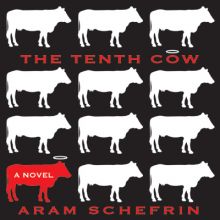 When Teddy Kagan finds a pure red heifer on the Florida ranch of a TV evangelist, he knows (thanks to his knowledge of Scripture and biblical prophesy) that he has discovered the first step in a plot to speed up the bloody End of Days and the Second Coming of Christ: a plot which could lead to a nuclear Holy War.And it's Teddy's job to stop it from happening.Fantasy? Not exactly. The plot is actually under way.The Tenth Cow, the third novel by Aram Schefrin, takes the story to its limits, tracing what has already happened, and what could happen, through a brilliant cast of characters in Israel and America. Add polo, Kabbalah, the American president, and a strange love affair into the mix, and you get a rich stew of romance, satire and suspense - and a scary look at what might become the most important event of our time. 1. Language: English. Narrator: Aram Schefrin. Audio sample: http://samples.audible.de/bk/bigh/000029/bk_bigh_000029_sample.mp3. Digital audiobook in aax. Best-selling author of Geography of Bliss returns with this funny, illuminating chronicle of a globe-spanning spiritual quest to find a faith that fits. When a health scare puts him in the hospital, Eric Weiner - an agnostic by default - finds himself tangling with an unexpected question, posed to him by a well-meaning nurse. "Have you found your God yet?" The thought of it nags him, and prods him - and ultimately launches him on a far-flung journey to do just that.  Weiner, a longtime "spiritual voyeur" and inveterate traveler, realizes that while he has been privy to a wide range of religious practices, he's never seriously considered these concepts in his own life. Face to face with his own mortality, and spurred on by the question of what spiritual principles to impart to his young daughter, he decides to correct this omission, undertaking a worldwide exploration of religions and hoping to come, if he can, to a personal understanding of the divine.  The journey that results is rich in insight, humor, and heart. Willing to do anything to better understand faith, and to find the god or gods that speak to him, he travels to Nepal, where he meditates with Tibetan lamas and a guy named Wayne. He sojourns to Turkey, where he whirls (not so well, as it turns out) with Sufi dervishes. He heads to China, where he attempts to unblock his chi; to Israel, where he studies Kabbalah, sans Madonna; and to Las Vegas, where he has a close encounter with Raelians (followers of the world's largest UFO-based religion). At each stop along the way, Weiner tackles our most pressing spiritual questions: Where do we come from? What happens when we die? How should we live our lives? Where do all the missing socks go? With his trademark wit and warmth, he leaves no stone unturned. At a time when more Americans than ever are choosing a new faith, and when spiritual que 1. Language: English. Narrator: Eric Weiner. Audio sample: http://samples.audible.de/bk/hach/000787/bk_hach_000787_sample.mp3. Digital audiobook in aax.